Posted on June 29, 2012 by usjapanesegardens

Old fashioned stations continued to be our delight as we traveled through Texas to St. Louis, Chicago, Denver, and Grand Junction ending at a newer station in Emeryville near San Francisco. 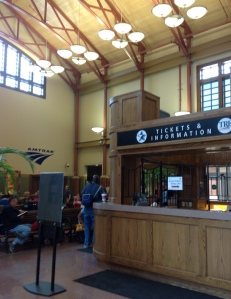 Fort Worth Texas makes use of portions of the old Union Station. 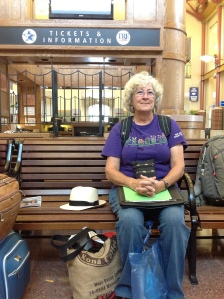 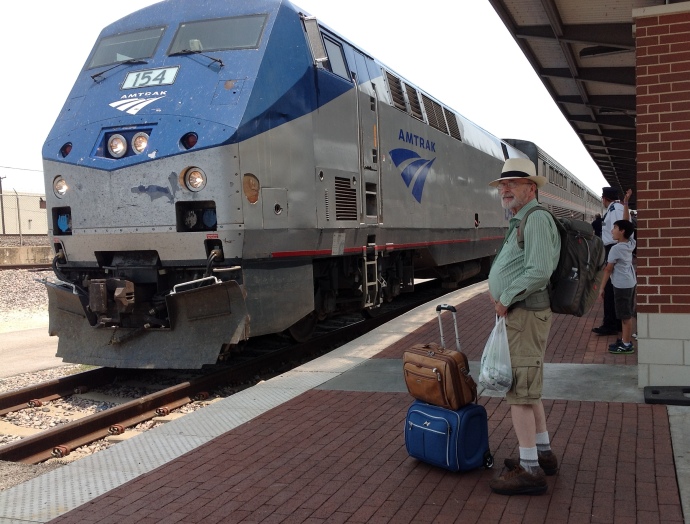 Train for St. Louis arrives on track 3 in Fort Worth, TX. 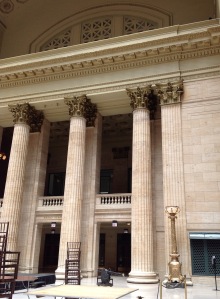 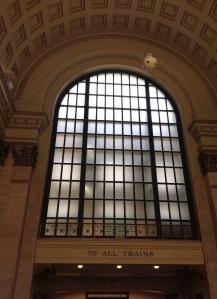 underground entry from the old station to the newer arrival and departure area across the street in Chicago, IL

I haven’t mentioned food. It was EXCELLENT and freshly prepared for every meal. We dined on BBQ ribs, breaded chicken, salmon, tilapia, steak, shrimp Benedict, lamb shank, and more and everything was delicious.

We went deeper in to the history of trains in the Chicago area with a visit to the Museum of Science and Industry before heading out back to Osaka Garden at Jackson Park, what once was known as Wooded Island at the 1893 Columbia Exposition. 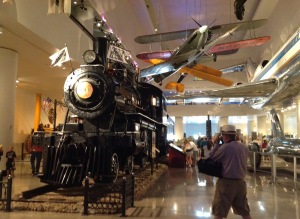 Empire State Express engine 999 in the Museum of Science and Industry — as fascinating a place to me now as it was when I was a child. 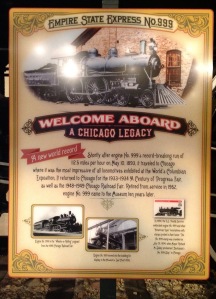 Another spot to gain more insight into historical details was the Chicago Art Institute. We had just enough time after checking our large bags in the morning to grab a cab and spend a couple of hours wandering around another old haunt for each of us: me from my childhood and Bill from his college days at University of Chicago. 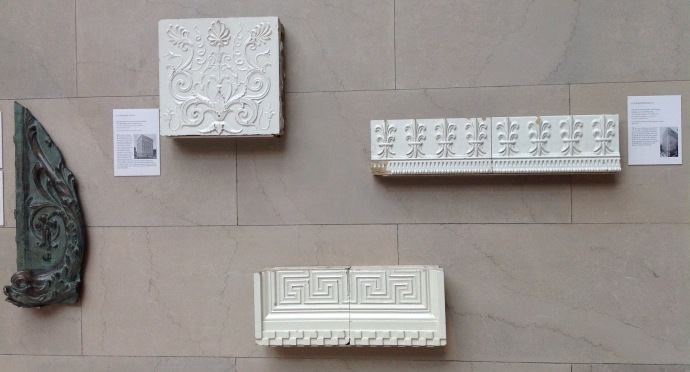 These tiles came from the Railway Exchange Building on Michigan Avenue in Chicago, also known as the Santa Fe Building. 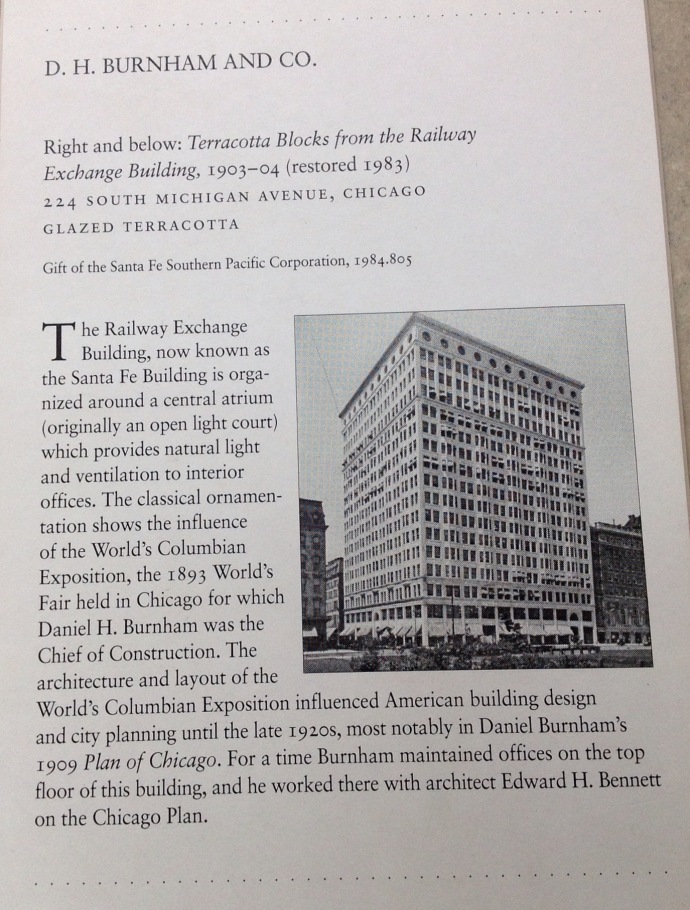 In Denver, we chose The Oxford Hotel because of its proximity to Union Station only to find that the station is undergoing a three year renovation which will result in combined services being available there. Meanwhile, the temporary station is quite a few blocks away. I would stay at the Oxford Hotel again at the drop of a hat. Wonderful staff, service, accommodations and location. 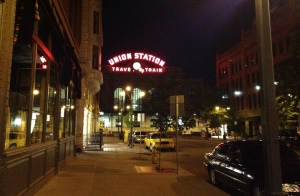 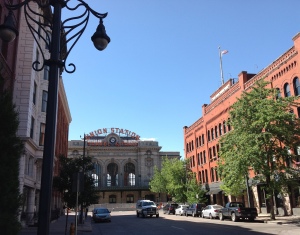 Another wonderful advantage to train travel is the view through LARGE windows. It was such a difference from the somewhat dangerous escapade of trying to see something from a speeding car while maintaining safety on the highway. 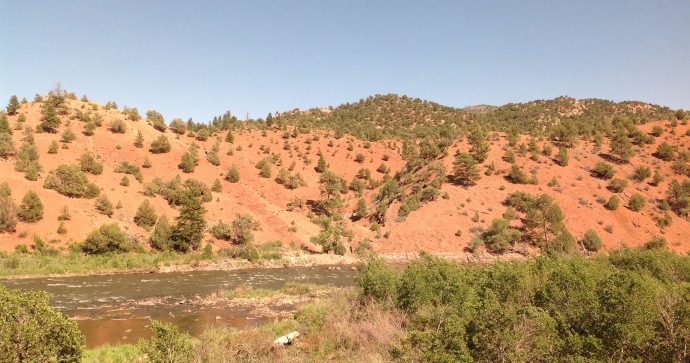 huge view of the changing countryside and geology as the train moved from Denver to Grand Junction, Colorado

The new station in Grand Junction, Colorado is right next to the old one, now closed and boarded up. 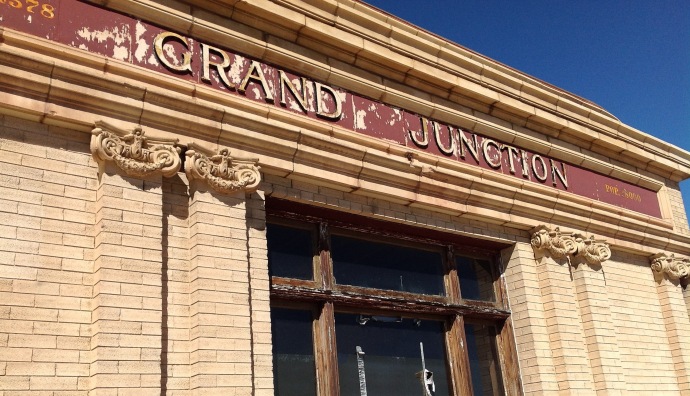 heading west from Grand Junction through Utah and Nevada 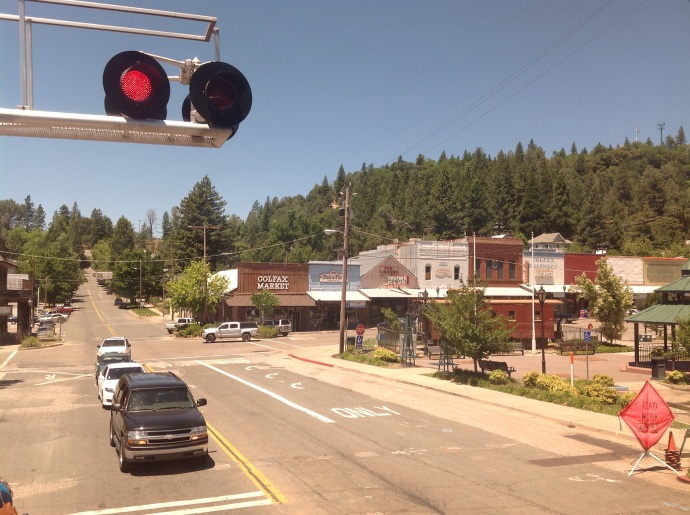 a town in California advertises itself as “above the fog, below the snow”

End of the line — at least as far as train travel on this journey is concerned — at Emeryville, California. 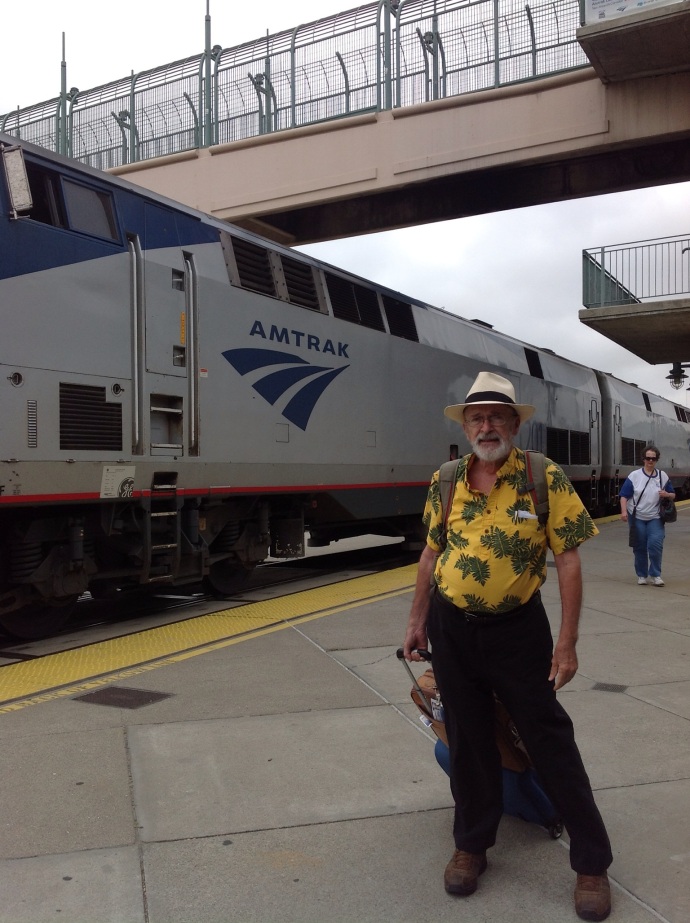 Unless otherwise credited, photos in this blog are by K.T. Cannon-Eger. Click on any image for a full-size view.