Another glimpse of things to come…

Posted on June 23, 2012 by usjapanesegardens

While computers are getting back to normal, we continue our journey on the west coast in the San Francisco Bay area — our last stop before heading home to Hawaii.

Recently we posted a photo from each of several places as yet unaccompanied by a longer article. Those places included San Antonio, Austin, Fort Worth and Dallas in Texas, and St. Louis in Missouri.

Here a few more images — a glimpse of things to come — from Rockford, Glencoe and Chicago, Illinois.

Images from Denver and Grand Junction, Colorado, and Berkeley, Oakland and San Francisco, California, remain for another post.

Unless otherwise credited, photographs in this blog are by K.T. Cannon-Eger. You may see a full size image by clicking on any one of the photos. 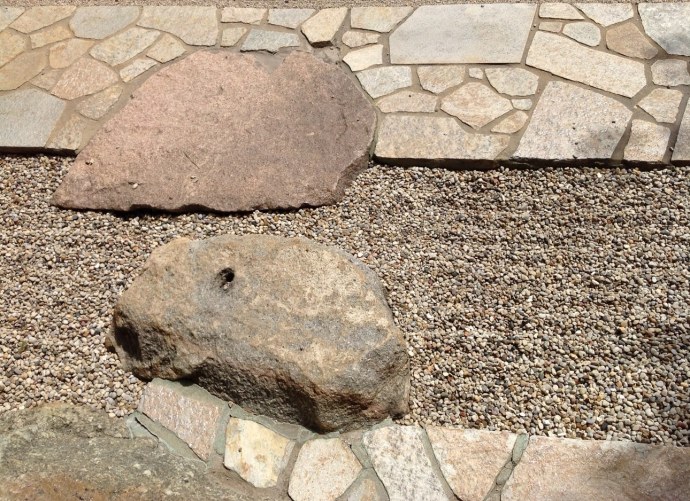 a detail from one of my favorite pathways — this one is outside the guesthouse at the Anderson Japanese garden in Rockford, Illinois

Designed by Hoichi Kurisu, the garden at Rosecrance in Rockford, IL, offers adolescents in recovery many places to connect with their natural surroundings, to meditate, to write in their journals and to reconnect to the lives that await them beyond the garden.

a classic design ornaments a water basin outside the retreat house (shoin) at Sansho-en in the Elizabeth Hubert Malott Japanese Garden at Chicago Botanic Garden in Glencoe, IL

Osaka Garden on the Wooded Island in Jackson Park, Chicago, IL, has a long history reaching back to the Japanese exhibit at the World’s Columbian Exposition (The Chicago World’s Fair of 1893). The garden was recently refurbished under the direction of Sadafumi Uchiyama.

More than 20 years ago, the Hotel Nikko opened along the river in Chicago, IL, with a Japanese garden designed by David Engle. The garden has been totally redone under Westin management. A few suggestions of a Japanese garden remain, but it is not what it once was.